How To Keep Score in Pickleball

Do you want to learn how to score correctly and remember how not to lose track again?

Maybe you can help your pickleball friends figure it out too so that you all keep track of the correct score?

Pickleball scoring is one of the most tricky aspects of playing pickleball.

In this guide, I explain how to keep score in pickleball and how not to lose track again.

Often during a game, I’ll see that all players on the court are looking at each other with an uncertain expression that says, hmmm, what’s the score? I thought it was this and someone else thinks it’s something else. This is not uncommon.

Wouldn’t it be a smoother game if all players could remember the correct score?

Keep reading and then share these tips with your pickleball friends.

Serving In Pickleball: Serving Basics to help You Better Understand How Scoring Works

Understanding how serving works in pickleball is extremely important in helping you understand how to score in pickleball.

Here’s an explanation that hopefully makes it simple to understand how to serve.

For the purpose of explaining how serving and scoring works, we will have 2 teams, each with 2 players.

Here’s how it works:

Pickleball Scoring And Why There Are 3 Numbers In the Score

Scoring in pickleball is different than other racquet sports which causes a lot of confusion particularly among newer players and recreational players.

I’ve included some examples below that will help clarify how to score in pickleball and clarify why there are 3 numbers to call out when announcing the score.

The 3 numbers represent each player’s score and then the 3rd number represents whether the player who is serving is the 1st or 2nd player to serve in that rally.

How to Score In Pickleball – Examples

In this example, let’s assume that this is a new game and Team A is getting ready to make their 1st serve of the game.

EXAMPLE 2 – In-play game until a fault is made

In this example, let’s assume:

How To Keep Track of The Score

Okay, so now that you know how to score, the big question is, how do you remember what the score actually is?

This is tricky, particularly for beginner players because when you are so focused on the other aspects of playing a game it can be difficult to keep track of the score.

One important rule in pickleball is that the server must call out the score before serving.

It’s a rule but it’s also important to do this so that everyone knows where you are in the game and to be sure that everyone agrees on what the score is.

And remember that learning more about the strategy of pickleball along with the rules, will help your overall game performance.

But how do you remember the score?

By remembering which side of the court you are on when you start playing the game.

Some people like to wear a colored wrist band to help them remember that they were the first server and therefore, the score will always be even when they are on the right side and odd when on the left side.

Here’s an example to help demonstrate this strategy.

See how the even number in the score follows the player who served first so that when they return to the right side of the court, the score for their team is always an even number.

This method of tracking the score should help you remember the score and stay on track. But it’s key to remember who served first.

Sometimes it’s difficult to remember who served first. Some people put a wristband on to help them remember when they are the first player to serve.

Scoring in singles is very much the same as scoring in doubles.

You use the same strategies for serving and keeping score except that when a ‘side out’ is called which means the player loses their serve, the ball goes to the opponent.

If the opponent’s score is even, the player serves from the right side. If their score is odd, they serve from the left side of the court.

The player serving still needs to say the score before serving but it’s a series of 2 numbers, not 3 numbers. Let’s assume the serving team has 5 points and the opposing team has 8 points. The server will say 5 – 8.

Hopefully you have learned how to keep score and never lose track again. Keeping score correctly and not losing track is difficult for many players, particularly those who are beginner players.

There is so much to remember when you initially begin playing and scoring is just one more thing. But don’t worry, it get’s much easier as you progress your pickleball game. 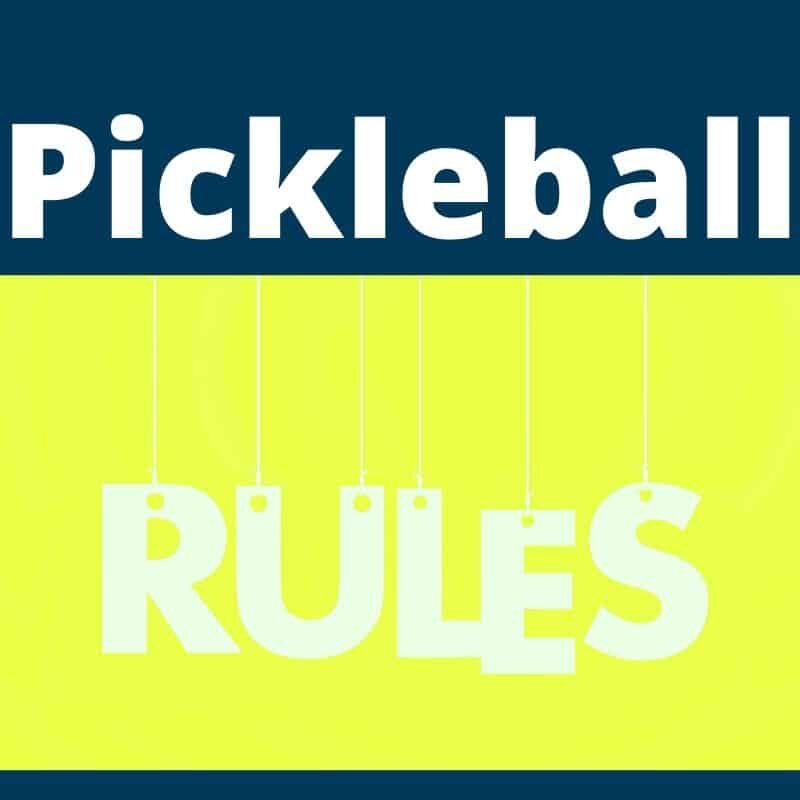